A Marketing Director Who Cares 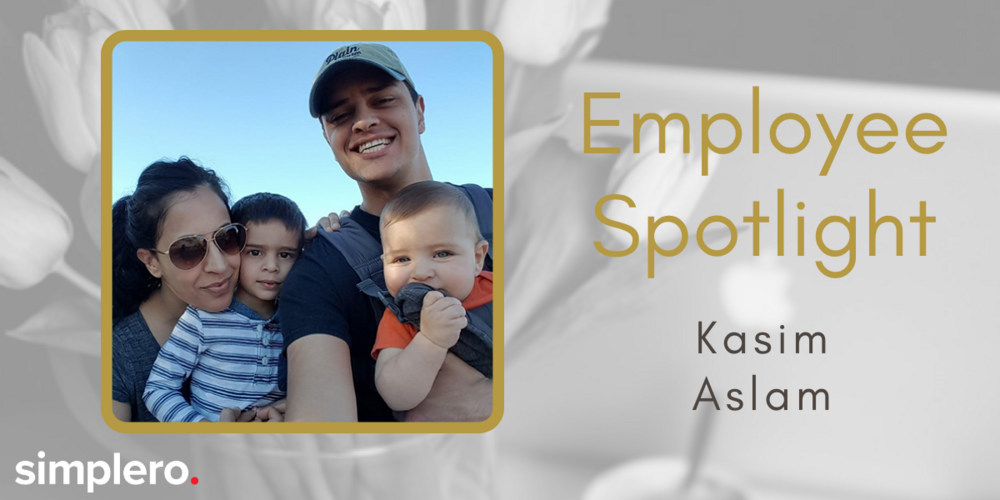 What can I say about Kasim?
He's hilarious.  He's kind.  He's smart as can-be and works harder than almost anyone I know, which is saying something. He is clear about who he is and where he's going.  Working with him is a joy, not only because he gets my jokes but also because he has lots of really great ideas that move this company forward.  He knows his stuff.
I don't know all his backstory, but he's dropped a few hints that the road has not always been smooth for him and that persevering through the hard times has helped make him who he is.  He brings that to Simplero in the shape of 'we're going to get that done, no matter what.  No excuses, no avoiding, no wimping out'.  In a nice way.
It is also really good fun to watch him try not to say 'ma'am' when talking to Nomi, our Team Coach and Calvin's wife, who doesn't enjoy being ma'am-ed.  His mama taught him to be polite and saying 'yes ma'am' or 'no ma'am' to women is almost reflexive for him, as it is for all men raised by strong women in the South of the United States...
Here's a little more about Kasim, in his own words.

What is your role in Simplero, and what do you do?

I haven't been given a formal title but, as far as I can tell, I'm the head of marketing. Calvin has a very distinct and unique vision for what he wants Simplero to be. My job is to help distill that vision into something actionable and then manage the execution. From the messaging and communication to the advertising and outreach, I'm the guy you can blame if you don't like something we're saying ;-P

What brings you joy in your job?

What's on your desk?

I have two z-bots (toys from the early 90's) that remind me of me and my little brother when we were little. It's a gentle reminder to never forget to play and have fun.
I have five (yes, f-i-v-e) monitors running which makes up part of what I call my super computer.
And I collect nice pens, so I have a cup full of pens that I never use.

What does leadership mean to you?

Establishing a baseline of excellence by example and then helping to cultivate and guide people so they can reach (and, hopefully) exceed that baseline.
However, you need to let them do it their way, that's the critical component. Forcing people to do things your way is micromanaging at its worst and nullifies their value because they have trouble replicating their success when you're not around. But, if you can help them find their own way, you've created someone who can recreate their success, has the potential to surpass you (the ultimate compliment to a leader), AND has the ability to now lead other people.

I can exercise for hours but ten minutes of meditation feels like torture. Probably something I should work on.

Never give up. Tip your server. Don't do drugs. Vote. Buy silver. The flood is coming. It's never as bad as it seems. It's usually not as good as it seems either. Enjoy the little things. Money isn't everything but it isn't nothing either. Get good at the game. And, above all else, thug life.
By Beth Barr-Jobson
Under From Inside the Walls
4 min read
Learn more about Simplero here — Start your free trial