How do you deal with fuckups? 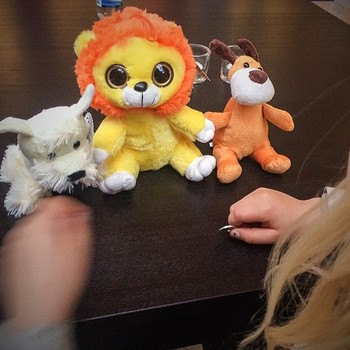 I was with my kids this weekend at this kid-friendly place called Lalandia with lots of activities and things to do with kids, from a big waterpark to bowling to climbing walls and so on. We had a great time and everything was good - until they wanted to play with the slot machines.

Inside of Lalandia is a place called "Little Vegas". Inside of that area are all manner of machines that will take your money. You can get or win teddy bears, you can win tickets that can be exchanged for cheap plastic toys, you can try to win iPads, GoPro cameras, and on and on.

All commerce is about exchanging money for something that people value (at least in the moment), whether it be an experience, a thing, something that makes you feel a certain way, or whatever it is. This "Little Vegas" area is no different. You pay money to have an experience of excitement and fun and "what if" for a little bit.

Normally I'd never venture into a place like that, but my kids really wanted to play, so I agreed to give them each 20 kroner to play with. Viggo went straight for the machine that lets you win tickets which can be exchanged for cheap plastic toys, and Flora went straight for the teddy bear machine with a guaranteed win. Viggo got his stuff and was happy. Flora, though, got another teddy bear than the one she wanted, and she was devastated. She crawled under the table and she cried and cried. I tried to comfort her the best I could, but she was really heartbroken.

My programming was saying "well, that's what happens, this is the real world, tough luck, when you've spent your money, they're spent, there are no second chances, blah blah blah". Right? That's how it is, and our kids might as well learn it, right?

But then I realized: Would I say the same to my wife if she'd been the one to spend money on something and it didn't work at all? Of course not! I'd say "fuck it", that was dumb money to waste, but go get the one you want. If this had been me as a kid, would that have been the most loving way my parents could have handled it? Not at all.

Once I realized that, I asked Flora if she wanted another 20 kr to try again? She was surprised. "Really? Will you let me do that?". I said yes. She asked if I would help her then. I said of course! And off we went to get the teddy bear she really wanted, together.

Later on, she was so happy for her teddy bear. But she was even more happy for the fact that I'd let her have another go at it.

It was such a learning experience for me, and such an opportunity to heal all of my own shit. And it transformed a situation from pretty bad to awesome. Will she now be reckless with money forever? Of course not! Was Viggo upset that Flora got more money to play with than him? Not at all. Everyone was happy and grateful for the outcome. We were better off because this happened.