I was talking with Calvin the other day about my experience as a new Simplero staff member.  Somehow, we got on the subject of messing up. ;)

I ended up sharing something that happened to me years earlier.

Once upon a time, I was a social worker in a program that provided crisis intervention to survivors of domestic violence, stalking and sexual assault.  Most of the time, the crisis was emotional or logistical, but sometimes, it was literally life-or-death.

One woman called me when she was locked in the bathroom with her two kids. Her husband was after them, with a weapon, threatening to kill them all. I could hear him shouting on the other side of the door and trying to break in.

She was trapped. The window was tiny and there was no way she and her kids were getting out. She was terrified. Her kids were sobbing and I was scared.

And I knew that what I said could make the difference between that family living or dying.

That's some serious pressure, right there.

That experience, and others like it, really ramped up the intensity on a set of beliefs I had about myself that began in childhood.  Deep down, I believed that I had to be perfect. I thought that only people who were 'not capable' messed things up, and that if I wanted to be respected I always had to 'do it right'. 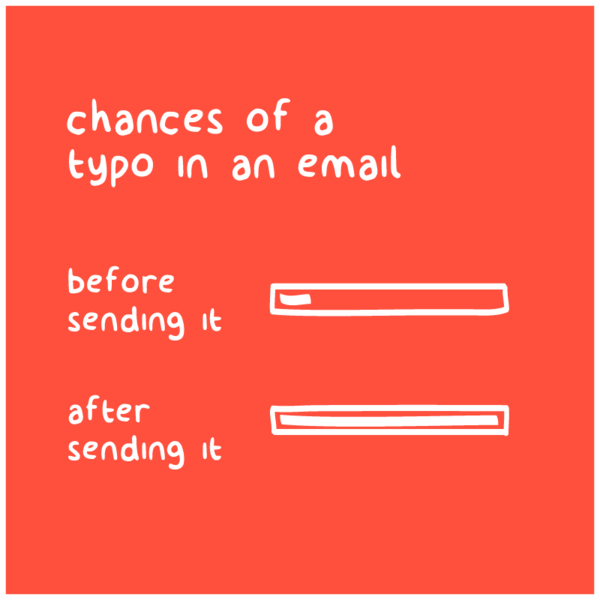 Many of us carry those beliefs, and they can be especially problematic in our businesses. Do any of the following sound familiar?

We can go into a tailspin, thinking that we aren't 'good enough' to be an entrepreneur or to be respected in our field.

But the opposite is the case. We all mess up. Everyone who has ever succeeded has also failed.

And there's no one on the other side of the door trying to kill anyone. It will be ok.

Being able to face our mess-ups without spiraling down into negative self-talk is essential to success as an entrepreneur (and to our happiness as human beings). We can learn from our mistakes and move forward.

To this day, whenever I make a mistake, I say to myself, 'It's ok. No one died. Nobody even came close to dying. It's an email. I will fix it and apologize and move on'.  And then I repeat as necessary depending on the size of the mistake!

Don't let fear stop you from sharing what you have to offer the world...

"I have tried 99 times and have failed, but on the 100th time came success." Albert Einstein

We're sure it isn't going to take you 100 times to hit success... and Simplero will be there for you along the way!

The family survived, by the way.  She told her husband she was talking to her father on the phone and he didn't want the father to hear him shouting, so he settled down.  I called the police for her and by the time they got there he was acting like nothing had happened. And he kept on pretending all the way to jail...

What can you do, today, to move your business forward in a way that you've never tried before?

Really nice post, and a great reminder. I've played guitar in several bands before. One thing I lived by and proved itself to be right was: if you play a wrong note, play it as you mean it and no one will notice.

Same in business. Do what's necessary to make up for the mistake and find the way back to your track again.