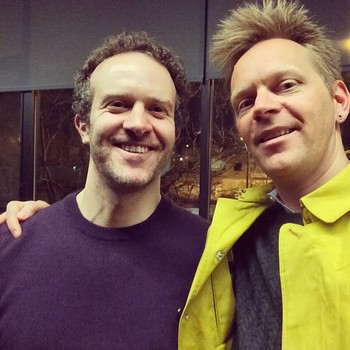 Last night I visited the offices of Basecamp and got a chance to speak with founder Jason Fried, the founder. If you're not familiar with Basecamp, they're the company behind the wildly successful project management tool by the same name, and was previously known as 37signals.

Before the recent name change, they were a serial software company. They had several products - Basecamp, Highrise, and Campfire being the most prominent ones. The feeling was that they'd keep creating new products. That was their thing.

When they chose to change change their model to be a one-product company, to focus exclusively on Basecamp going forward, to stop developing Highrise and Campfire, and to stop creating new products, it took most of us by surprise. It fucked with our view of them, our of the world, even. I bet I wasn't the only one who double-checked the date to make sure it wasn't April 1st.

I asked Jason about the change, and in particular, about which percentage of revenue had come from Basecamp. The answer: 87%. Mind you, the other two products were still million dollar businesses, but Basecamp simply dwarfed the others by an order of magnitude.

There's a couple of lessons I've taken from this.

First, it makes a lot of sense to focus all of your effort on one thing. You can pour all of your energy and creativity into it. This is what you think about in the shower, when you fall asleep at night, when you wake up in the morning.

More importantly, even if you're as good as 37signals/Basecamp, with excellent design, development, and marketing skills, and with a huge and responsive audience, your choice of product and market will have a huge influence on your revenues.

If you do the math, Basecamp is doing 10-20x the revenue of those other products. Not because Basecamp is better, but because the market for project management software includes every single business and every single individual in the world, which is a large number. In contrast, Highrise is only really relevant for companies that have a high-touch sales process. And Campfire is only for companies that have semi-nerdy distributed teams that are not too large.

Tony Hsieh talks about the same concept in his book, Delivering Happiness. After selling his first company, he spent some time playing poker. What he realized that the number one most important decision affecting your winnings in poker is to choose the right table to play at. You want a table where the stakes are high, and the players are less skilled than you. If the people at the table are playing for low dollar amounts, you can win all night long, and it still won't amount to much. If you sit at a table where they play for a lot of money, but they're much better than you, you're going to get creamed.

In the info marketing industry, it's common to do a lot of different products. The thinking seems to be that the more products you have, the more you'll be able to sell, because there'll be something for every price point and need. And while that may theoretically be true, it's also true that it confuses your customers, it dilutes your attention, and it makes the perception of each individual product less powerful. In practice, it's rarely so.

Marie Forleo has chosen a one-product model, and she's killing it. She used to do a mastermind group, a live event, and some other high-priced top-tier products. Now, as far as I know, she only does B-School, which is priced at $1999, and is only on sale once per year.

Last year there were about 6,000 new customers. That's a cool $12 million right there. This year, it looks like the number is about 9,000, or an $18M pay-day. Sure, probably about 30% of that money goes to affiliates, but it's still a solid business with just a single product.

It means you can focus all of your efforts on making the product and the experience and the marketing super extra awesome, and just in general have a great time.

Getting to a place where you have so much excess money and time that you can become a race car driver like Jason Fried's co-founder David Heinemeier Hansson, or have lots of time to create amazing weekly content, like Marie Forleo is doing, sounds like a worthy goal to me. Not overworking myself with meager financial results.

If you were to focus and have just one single product, what would it be?