The Moment You Got Really Clear 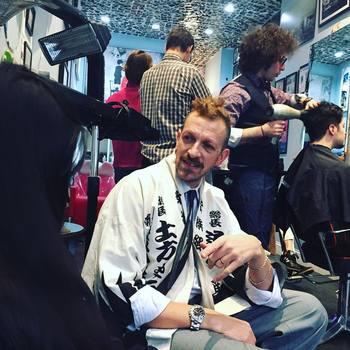 Tell me. Have you ever had that experience that you wanted something, but it wasn't happening. Then the moment you got really clear on exactly what you wanted, it just happened?

Here's a story where I did this: After Burning Man in 2014, I really got into mixing drinks, "mixology", as they called it. I'd read 10 books, I'd started to learn the classics, stocked up on equipment, learn my way around the world. But I knew I wanted some hands-on practical learning as well, not just from books and videos. And the best way to do that is at an actual bar. Thankfully, New York has a LOT of those.

One Friday afternoon I found myself at the showroom of Cocktail Kingdom, a company that has their own shakers, bar spoons, glasses, and other bar equipment made, and who supply most of the New York bar and restaurant industry. I was looking around at the different stuff they had, as the owner, Gregg walks in. I didn't know who he was, but I strike up a conversation. He told me he'd just opened up Boilermaker, which is right across the intersection from where I live, I can literally see it right here from my chair in my office.

So I ask him: So how do I get a job at a place like that, so I can learn, given that I have practically no experience?

"It's tough. When I opened Boilermaker, I got three hundred applications for 4 jobs, a lot of them with a lot of experience, many of them willing to work for free. I think your best bet is to start at a cheap shitty joint as a barback, learn what you can, and then move on up from there." I didn't seem too enthusiastic about that idea, so he asked me: "So where would you really like to work?"

"At Acme". Acme is a restaurant in Noho where Danish celebrity chef Mads Refslund was the head chef. I'd been there for dinner a few weeks before. "I want to work in a classy joint like Acme". Gregg wasn't optimistic. "That's going to be tough, dude. But Chad over here works at Acme, talk to him." Chad is another employee there. So I ask Chad: What do you think? Who should I talk to? Chad's not optimistic either (or maybe he's just scared he's the one that'll end up working with me, haha), but he gives me the name of the general manager, Robert.

I put that on the side. Hope on a Citibike to drive from 23rd street down to Astor Wines on Lafayette and 4th to shop for some liquid supplies. After shopping, I go to pick up another Citibike, and as I pull out from the dock, I find myself right across the street from ... Acme! I see five employees standing outside, getting ready for evening shift. I feel a rush of energy through my body. Is it fear? Excitement? Both. I hear the voice in my head that says "nah, you've done enough for today, you can go find Robert some other day. But I know I'm just bullshitting myself, so I dock the bike again, and walk over there, heavy shopping bag in hand. 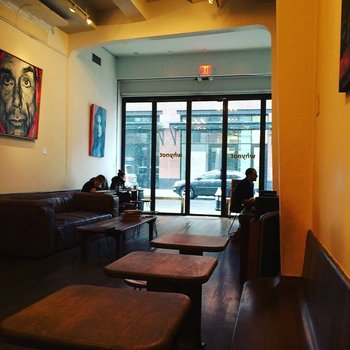 "Any of you guys named Robert?" "No." "Know where I can find him?" "He's probably inside." I go inside. There are two other employees standing up, talking. I ask if any of them are Robert. Even though I know what Mads Refslund look like, I don't recognize him. But I can hear the accent in his voice. "Are you Mads" I ask? Yes. I give him my spiel. I'm a software entrepreneur. I love food & the restaurant business. Would love to learn bartending on-the-job. I don't need to be paid. He looks at me. "Yeah, I think we can figure that out. Let me go get Robert." I wait around for 15 minutes or so until Robert comes up from downstairs. I give him my spiel. Then he says "Sure, when can you start?" "Tomorrow!" Okay, good. Here's my card, text me, and I'll get you on the schedule.

I go home. Text him. A day later, there's a reply. "Show up Tuesday at 6pm. Dark jeans. White shirt. Slim black tie." That's all the direction I get. The night before I can't sleep, I'm so hyped. I have no idea what he expects from me, what he thinks I'm capable or not capable of, what exactly the deal is. But I go shop for a white shirt and a skinny black tie, and I show up Tuesday at 6pm.

The way it went down was, they were fully staffed, and when they weren't too busy, they'd teach me some stuff and have me make some drinks. I got a tour and learned how the whole bar side of the business works. I ended up doing three shifts, and then it sort-of fizzled out, which was fine by me. I did it not because I wanted a job, but because I wanted to learn, and learn I did. A ton, in a very short amount of time. After that, it started to feel like work. I don't like things that feel like work.

That was my story of how the universe suddenly showed up for me, once I got clear on exactly what I wanted. Thanks to Gregg for asking, and offering suggestions for things I definitely did not want.

What's yours? I want to hear from you. When have you experienced something happening right after you got completely clear on what exactly you wanted?

Hit reply and let me know.

The lesson: It's so worth it to take the time to get clear on EXACTLY what you want.

SimpleroConf Is Coming to Town

We're keeping it small and real and intimate. Lot of opportunity to meet your fellow Simpleristas, to make new friends, remeet old ones, to learn from the beautiful people who kick ass and make beautiful stuff happen in the most loving and generous way possible.

I started my first video blog back in 2008, called Coach TV Blog. It lasted for a couple of years on and off until it fizzled out. I've been wanted to get back into the video game for real for a while, and now I've finally found a format that really works.
Watch the first episode right here: 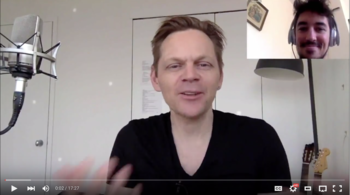 So far the feedback says it's bloody damn good. See if you agree
And make sure you subscribe to my other newsletter here.

Look How Awesome You Are Tue Olesen!

What are you most recently proud of?

Tue: Well, I'm currently proud of having launched a big product scheduled to happen this summer: A sea kayaking trip for advanced paddlers, going to the Faroe Islands. It is going to be connected to my membership site Kajakenergi.dk, also running on Simplero - to take the skill level for the participants up to where we need it to be. Marketing of that product is now running smoothly and automatically using a list + autoresponders. Great setup.

Well, I know it's a niche product, but still proud to have it happening, along with all the other stuff I'm putting into Simplero. 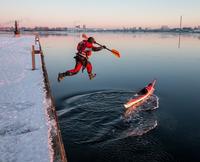 Check out the info page here

We are so proud of you Tue!

Yet another reason to get rid of Facebook: Uninstalling the app could save up to 15% of your phone's battery life.

Visualization of America's $19 trillion debt. It's an impressive feat, really. $19 trillion. Think about that. Just the interest on that amount of debt is staggering. Where did all that money go? Who's going to pay for it.

NY Times: How to raise a creative child, step one: Back off!