By Calvin Correli
Under From Inside the Walls
2 min read

Back in the fall while eating at the bar at Acme, I "randomly" met Allan, who owns a theater right here on Bleecker street. We really hit it off and ended up talking for hours. Ever since it really landed in me to do this show, I've known that I wanted to do it at his theater and with him. I haven't seen him since, but then Sunday night, as Phoebe and I were walking home from dinner with friends, we walked right past the theater. I always look through the windows to see what's going on, and this night, Allan was sitting right there, talking to someone. 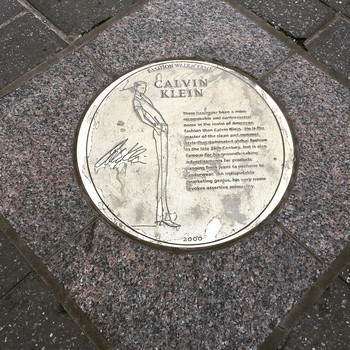 We were in the middle of a tense conversation, and I really wanted to go in there and say hi, and at the same time I really wanted not to. I was scared. What if he's in the middle of a conversation (he was, obviously). What if he doesn't want to talk to me? What if I'm interrupting? It was an old voice: "What do you want? The grownups are talking. We don't have time for your silly needs."

It took me a little bit, and I was pretty nervous, but I got Phoebe to go back with me, and we got in there and said hi. Allan asked what was going on in my life, and I told him about the show. He said "please keep us in mind". I very calmly said "thanks, I'll consider it". Actually, I don't remember what I said exactly. But we agreed to meet about it in a couple of weeks. Yay! So exciting!

I've noticed this pattern quite a few times now. Some opportunity comes up, and it's right then and there. I feel the urge to grab it, but I definitely also hear all the voices saying not to bother. It's not that important, there'll be other opportunities, it's not a good time, and so on. More and more I'm taking those opportunities, and I have yet to regret it.

Like Lady Gaga said: "When God calls, pick up the damn phone!"