The Secret to Making Affirmations Work for You 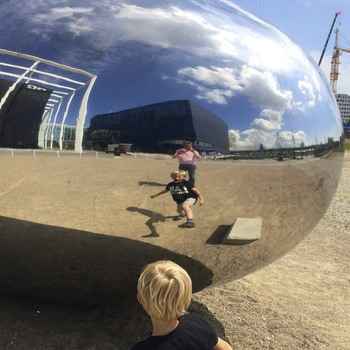 For years, I heard people talk about affirmations, but I hated them. I would try every once in a while, but they didn't really work for me.

The first time I tried them was around 2006 after I'd bought a Tony Robbins tape, and he suggested I repeat to myself "every day in every way I'm getting stronger and stronger". Not my typical thing, but I have noting to lose, so I tried it for a while. But that voice inside kept saying "bullshit", and eventually I stopped.

Later, though, I learned how to do them in a way that works.

Last month at the 99u Conference, Oliver Burkeman gave a talk where he dissed affirmations, citing a study that said people often feel worse after doing positive affirmations than they did before.

And that, my friends, is the key to making affirmations work.

The whole point of an affirmation is to install a belief that is not currently fully yours. Right? You don't go around affirming gravity or the fact that the sun will rise in the morning. You affirm things you don't fully believe.

And the whole point of the affirmation is to bring to the surface all the stories and reasons and supporting beliefs that cause you not to own your affirmation.

For example, if you affirm "I love myself", what you want to do is root out all the beliefs and stories and commitments around not loving yourself. Then when they bubble to the surface, you deal with them. You listen to them. You reject them. You heal the wounded part of you. You change your commitments. You don't just pretend they aren't there. Instead you say "thank you for showing me that this exists within me", and then you get to work on them.

That's why it's no coincidence that doing affirmations will often make you feel worse: All you've done is put focus on the opposite of what you want to affirm, and it's no surprise you feel like shit. It's not a flaw of the system. It's exactly as it should be.

To me, this is the most critical piece of doing affirmations.

So long as I still experience resistance when I look into my eyes in the mirror and say "Calvin, I love you", I still have work to do.